It’s the biggest party night of the year and even though we’re already in December, it’s not too late to plan the perfect New Year’s Eve Party!

Most of us will be making New Year’s resolutions that will include getting fitter, eating healthier, and drinking less. We’re hoping the ideas below will take the sting out of your New Year’s resolution by providing you with one last hurrah where you can indulge in your vices before 2017 gets started. As usual, you’ll find further ideas on our Pinterest board. 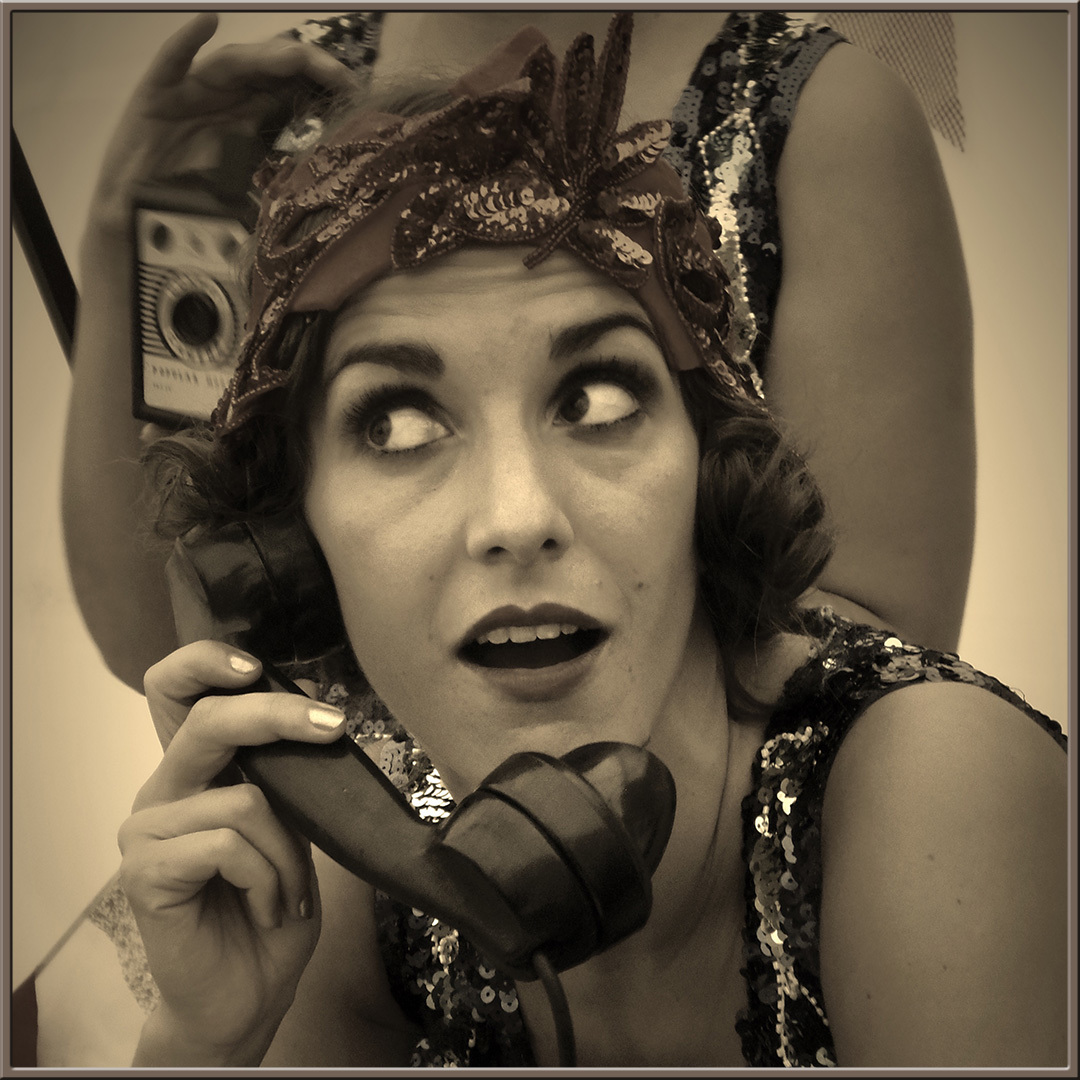 Choosing a theme is certainly not essential, but it will make the whole planning process much easier and can also be a lot of fun! Our favourite idea is a 1920s Gatsby / speakeasy era theme with Art Deco decorations, big band music, and flapper girls, allowing you to party like the greatest economic crash of our times isn’t imminent! Other ideas include a ‘Best of 2016’ party, where you can invite your guests to dress up as their favourite cultural moment of the past year – imagine Donald Trump building a wall next to a group of people performing the mannequin challenge while Black Beatles plays in the background! Or, as we are entering the seventh year of this decade, how about asking your guests to dress up in a way that demonstrates the seventh year of a past decade – Aunty Jane dressed as the Queen for her 1977 Silver Jubilee, cousin Matt enrobed in wool to celebrate the birth of cloned Dolly the Sheep in 1997, or Dad as Elvis Presley in the 1967 film ‘Jailhouse Rock’! 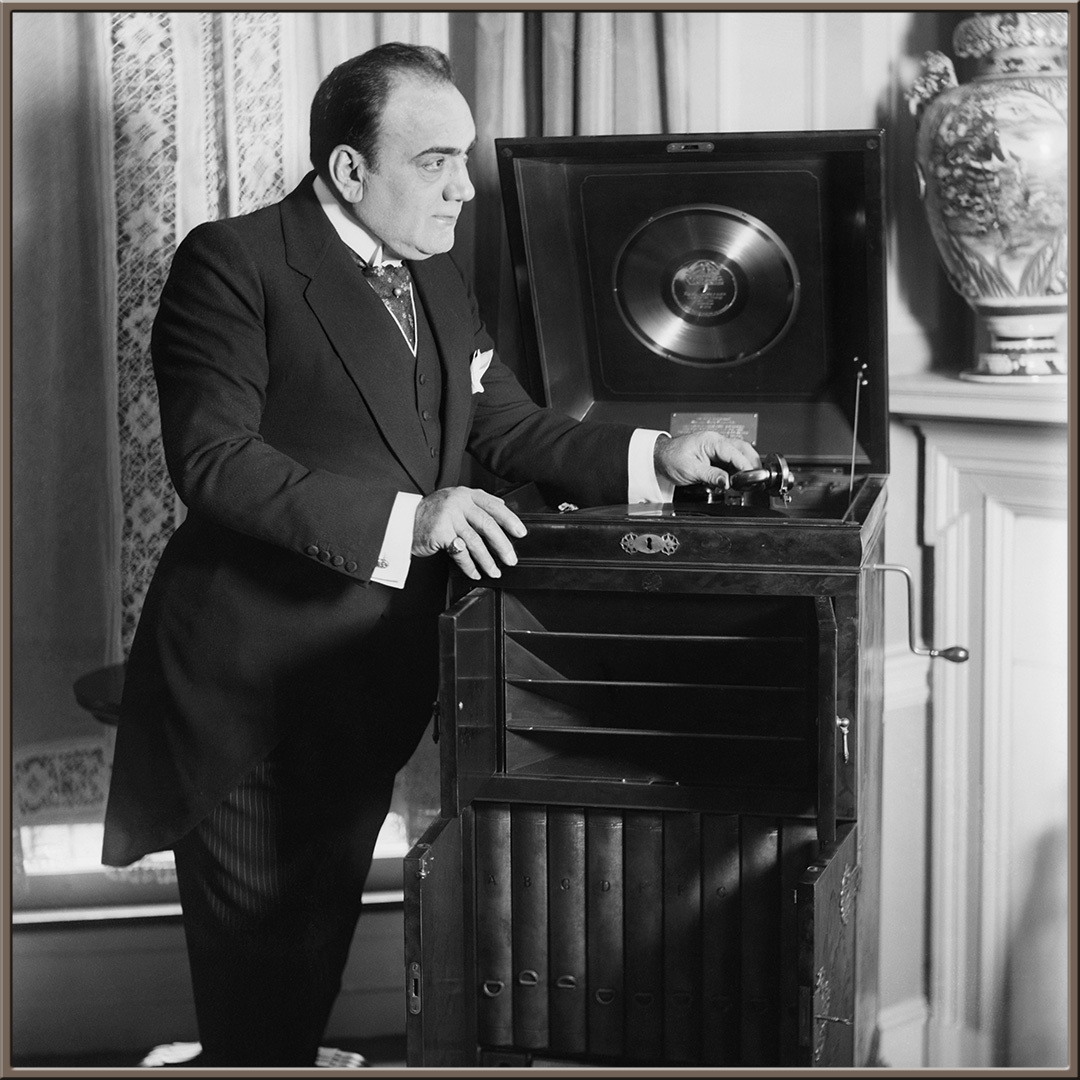 Music is there to set the tone of your New Year’s Eve party. You could easily tie this in with your theme too. One idea that we really like is to tell your friends to have their favourite tracks of 2016 in mind before arriving, and to make a playlist consisting of these for a diverse mix of music before midnight. Throw in a few classics though, such as “New Year’s Day” by U2 or “What Are You Doing New Year’s Eve?” by Ella Fitzgerald. And don’t forget Auld Lang Syne! 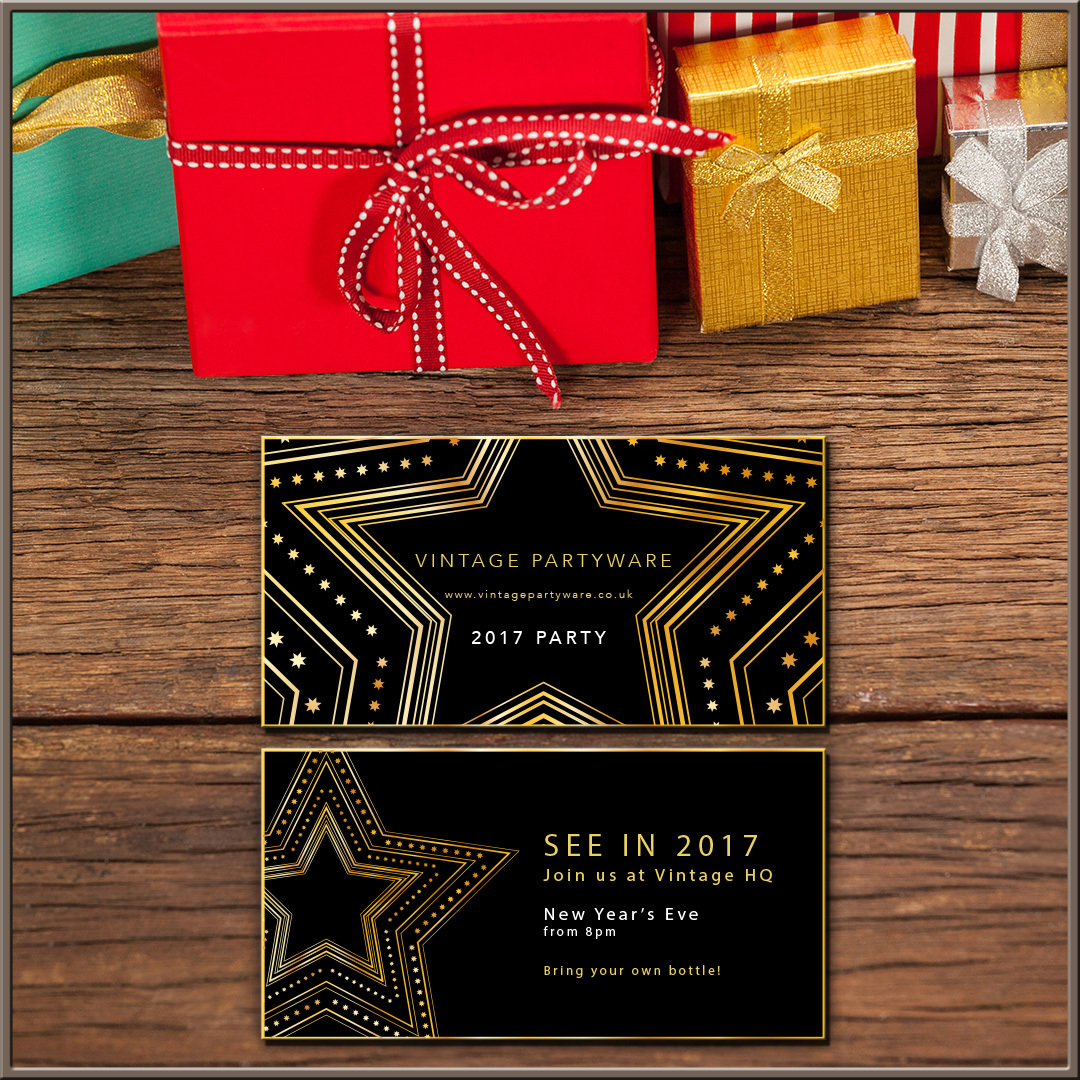 When it comes to New Year’s Eve parties, you want to invite your friends sooner rather than later! We love glitter here at Vintage HQ, and there’s no better excuse to use it than New Year. There’s plenty to choose from and if you really want to impress your guests, ask a stationer to create some for you. Look out for some that fit your theme. Don’t forget to create an event on Facebook too. Make sure your neighbours get a heads-up, even if you’re not inviting them. 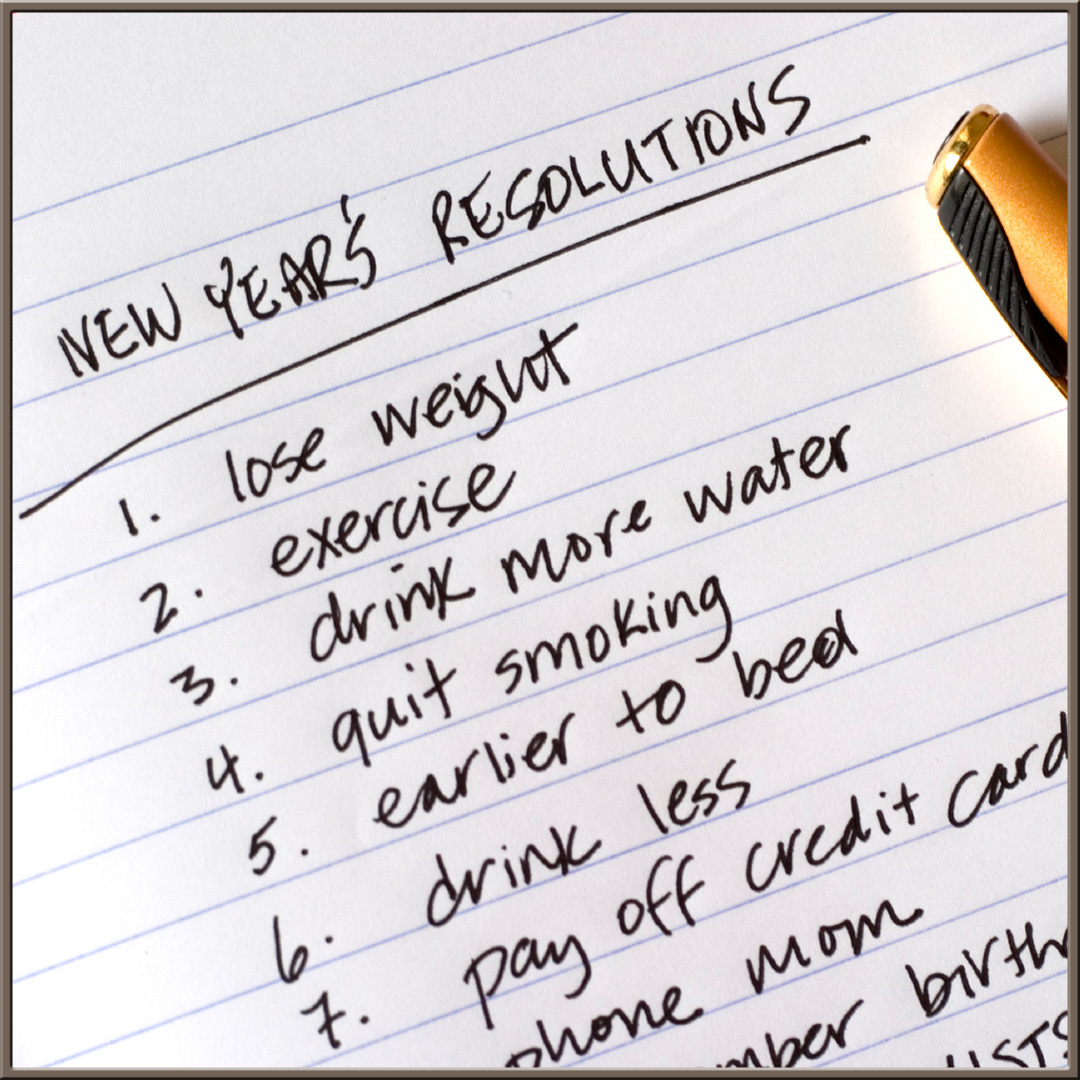 Make light of New Year’s resolutions by turning them into a guessing game. Give your partygoers cards and have guests finish the sentences with hopeful wishes, or tongue-in-cheek witticisms. Gather the cards, read them aloud randomly, then let the gang try to figure out who wrote what. 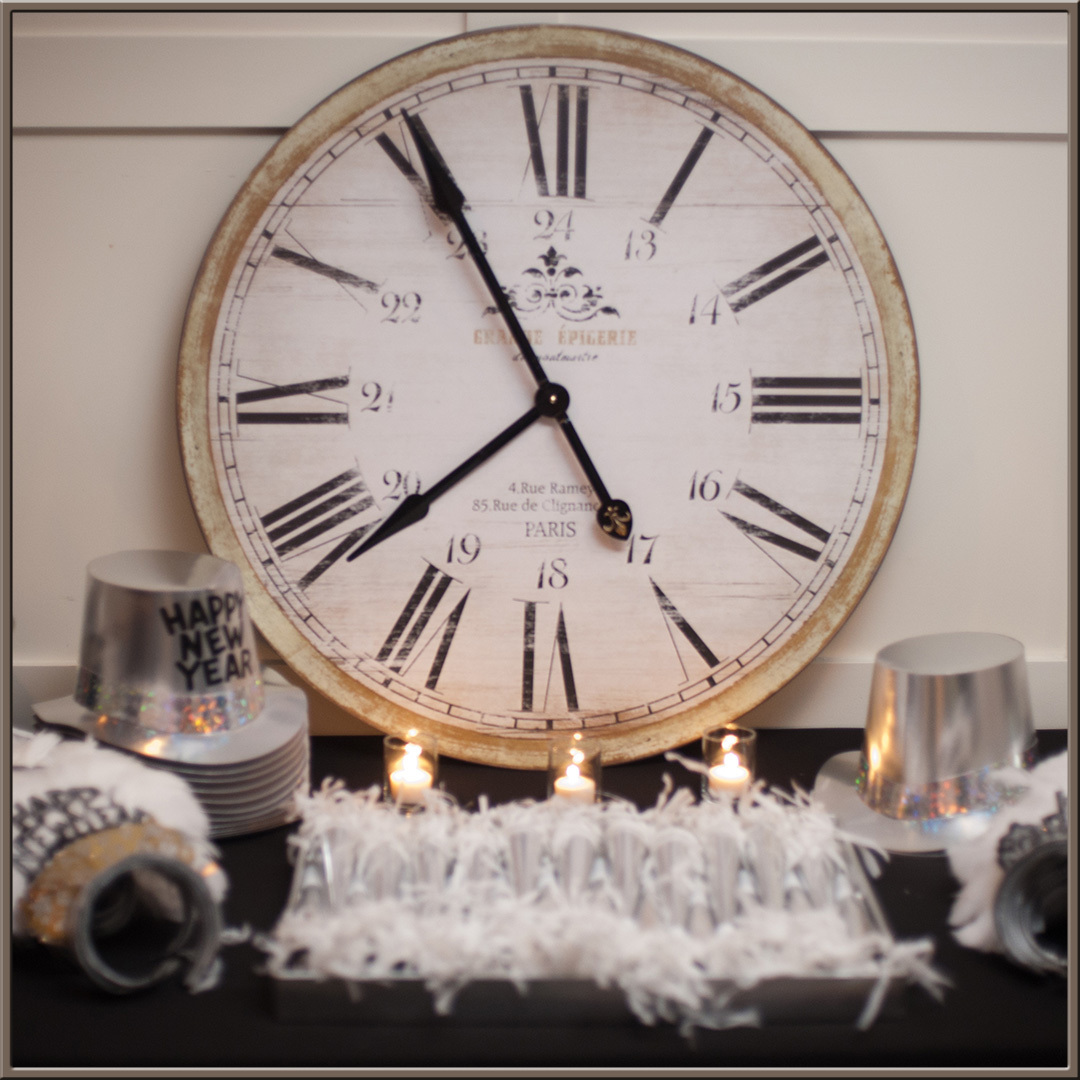 Two words – glitter and sparkle! Streamers, garlands, pom-poms… tie it in with your theme, but once again, there’s no such thing as too much glitter! Use clocks as decorations too – very apt for new year and a selection of different kinds of clock scattered around the food table looks great. Don’t forget the lighting – you’re going to be partying well beyond midnight! Illuminated numbers work well too, celebrating the arrival of 2017. And if your a crafty person, you could even create your own centrepiece using noisemakers. Perfect! 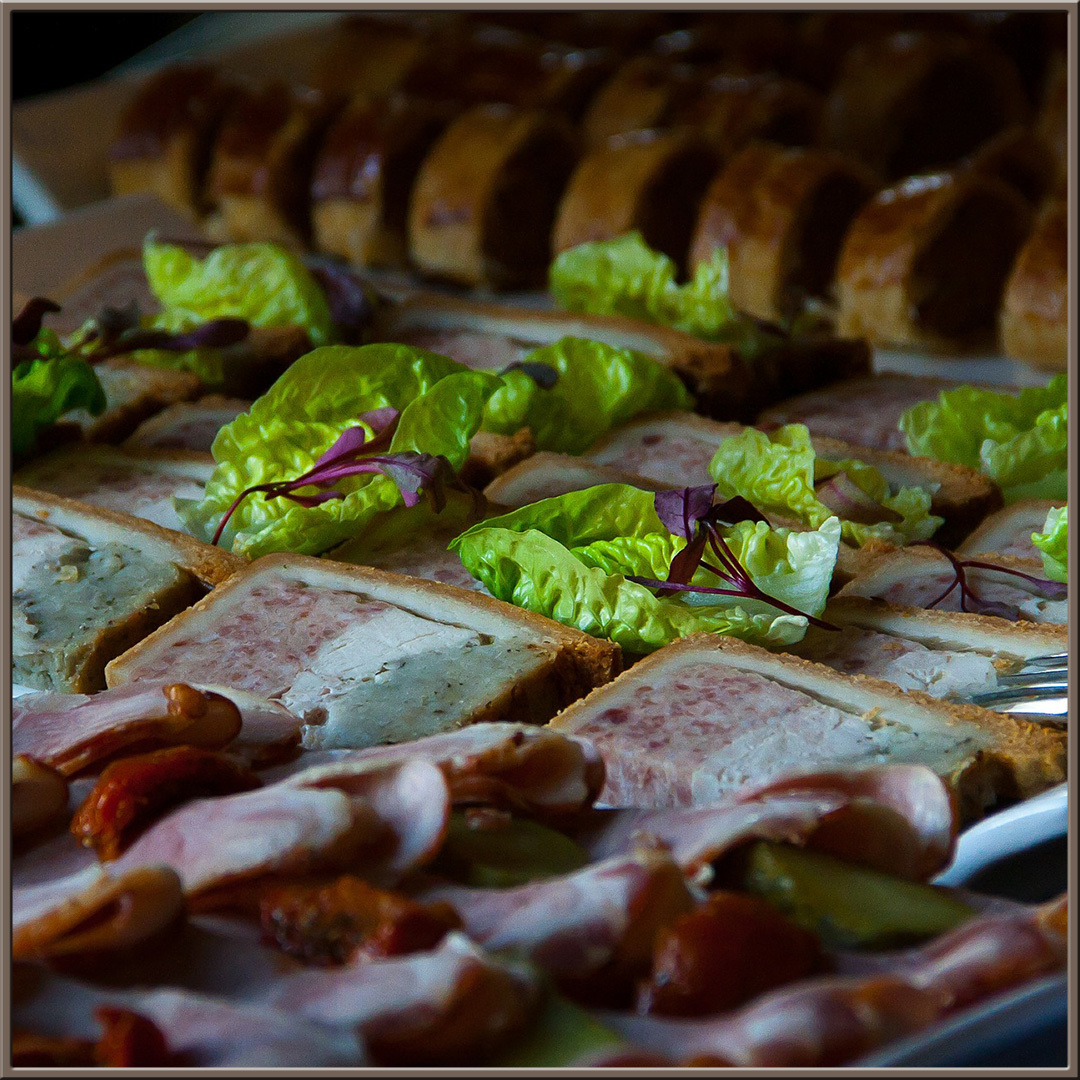 Depending on what time you schedule your party, most guests have probably already eaten dinner. However, with all the dancing and drinking, the munchies are inevitable! Let guests nibble on hearty little bites in the form of a finger buffet – a great chance to use up your leftovers too! Don’t forget something sweet – we recently provided a side station for this very purpose at a Christmas party where the guests could make their own chocolatey treats. 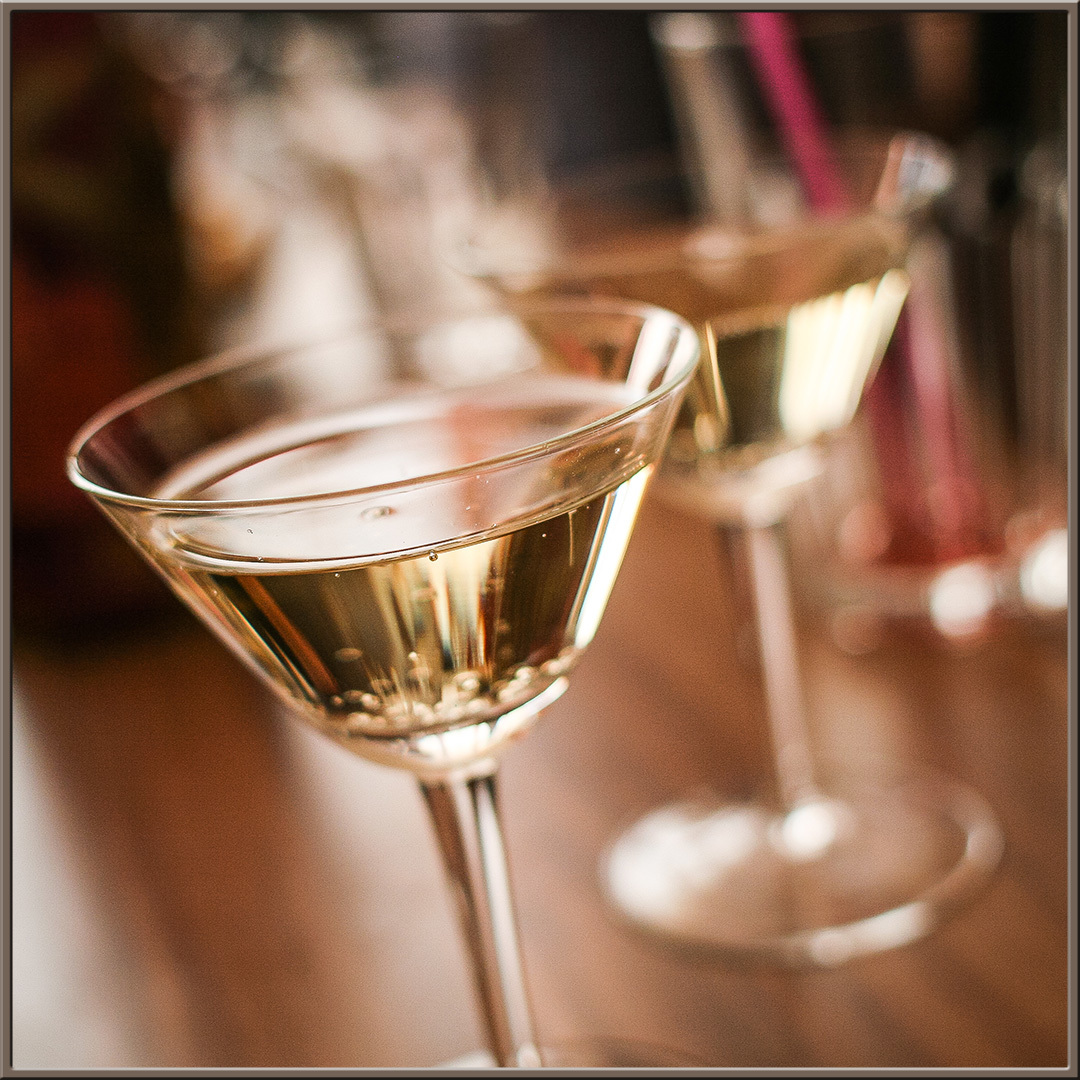 For a refreshing alternative to Champagne, try Prosecco. Or a non-alcoholic sparkling Chenin Blanc. Remember it’s perfectly fine for you to ask your guests to bring their own booze – and at least they’ll be happy with their drinks! Just ensure everyone has a glass of something to raise a toast at midnight. Not got enough glasses? Hire them – we have a huge selection of crystal glasses to hire. 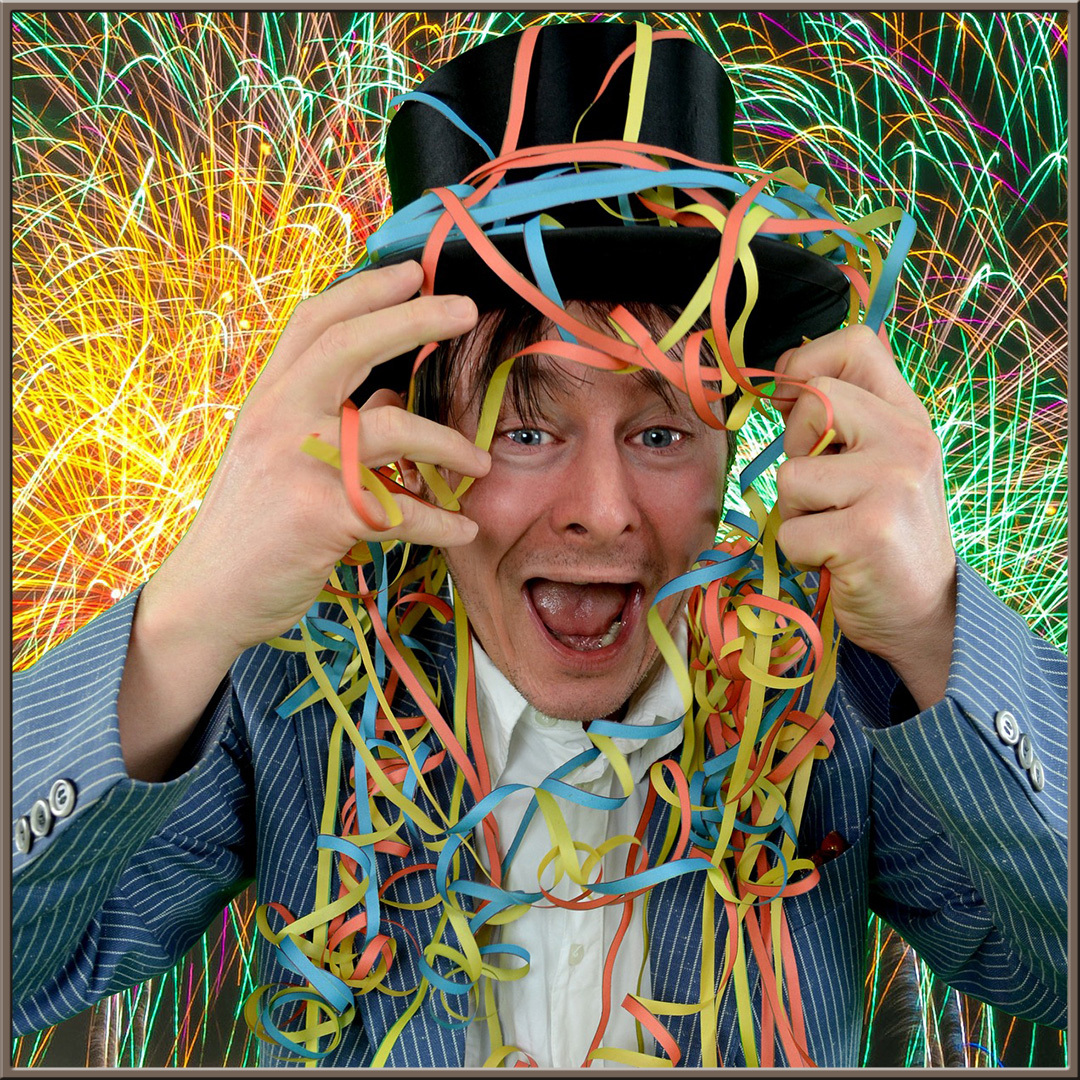 When preparing for the clock striking 12, decide whether or not you want the television on. It’s great for a real-time countdown and for hearing the chimes of Big Ben! Otherwise, be sure that someone is responsible for the countdown and making sure everyone knows when the New Year is upon us. Make sure everyone has a glass of something, a noisemaker or party popper and be ready for those kisses! Blast out Auld Lang Syne!

New Year’s Day is a Sunday this year, so keep the fun going and invite a select few of your friends over again… this time to help clean up your home! That way, your place gets tidied up in a fraction of the time, your party leftovers won’t go off in the fridge, and you can spend the first night of the New Year with the people you appreciate most. Happy 2017!

CLICK HERE to talk to Vintage Partyware about your New Year’s Eve plans!